The Webby Awards & Made For Denim

Easily Amused, Inc. announced today that Made for Denim a project we did for Mr. Eric Stroud, has been nominated for Best Personal website in the 13th Annual Webby Awards.

Hailed as the “Internet’s highest honor” by the New York Times, The Webby Awards is the leading international award honoring excellence on the Internet.

Made for Denim was created so that Eric Stroud could have a place to put his Thoughts surrounding the Triangle, random ramblings from his head, journeys, and everything in between.

“Nominees like Made For Denim are setting the standard for innovation and creativity on the Internet,” said David-Michel Davies, executive director of the Webby Awards. “It is an incredible achievement to be selected among the best from the nearly 10,000 entries we received this year.”

When we asked James Tryon, creative Director of Easily Amused, Inc. what he thought about the nomination he side, “That’s great. We never step out on a new project to get a award, we just try to do the best we can with every project. It feels nice when other people sees our work and gets the passion that gose into everything we do hear at Easily Amused, Inc. I could not have done it with our my team. A special thanks go out to James Caruso from Yeti Made. One of the best Designers in the world. ”

Winners will be announced on May 5th, 2009 and honored at a star-studded ceremony in New York City on June 8th hosted by Seth Meyers. Winners will be able to share one of the Webby’s famous five-word speeches with the world. Past Webby Award winners – and their speeches – include Al Gore (“Please don’t recount this vote.”), Beastie Boys (“Can anyone fix my computer?”), and Stephen Colbert (“Me. Me. Me. Me. Me.”).

Made For Denim is a place where Eric Stroud– a commercial realator, and have a place where he could shair his every day Thoughts surrounding the Triangle, random ramblings from my head, journeys, and everything in between. It also acts like a agerator for his flicker MySpace FaceBook, twitter and any thing else that happens to come up. It is a true Blog and is used as a blog and how a real blog should be used.

ABOUT THE WEBBY AWARDS:

Hailed as the “Internet’s highest honor” by the New York Times, The Webby Awards is the leading international award honoring excellence on the Internet, including Websites, interactive advertising, online film and video, and mobile web sites. Established in 1996, the 13th Annual Webby Awards received nearly 10,000 entries from all 50 states and over 60 countries worldwide. The Webby Awards is presented by The International Academy of Digital Arts and Sciences. Sponsors and Partners of The Webby Awards include: Microsoft Silverlight; The Creative Group; .ORG; Getty Images; The Barbarian Group; Digital Kitchen; Wired; IDG; PricewaterhouseCoopers; 2advanced.Net; KobeMail and Museum of the Moving Image. 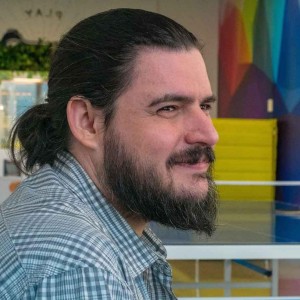 What is a Learning Management System? SaaS Conferences to Attend in 2021